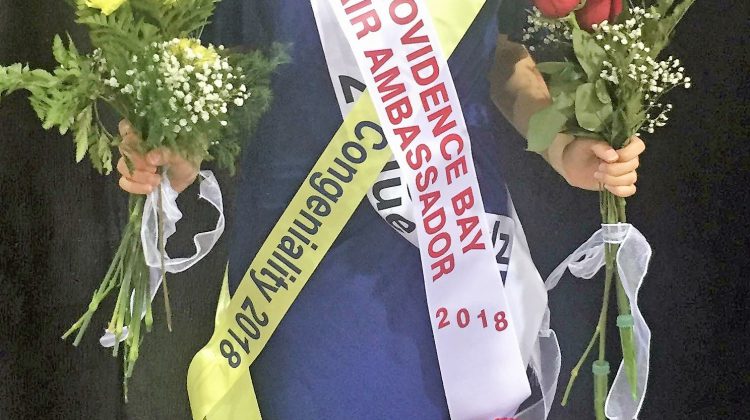 The annual Canadian National Exhibition Ambassador of the Fairs competition has 80 contestants vying for the title, including a Manitoulin teen who filled the role of Providence Bay Fair Ambassador this year. Photo provided by April Torkopolous

A Manitoulin teen will be competing at one of Canada’s most prestigious agricultural ambassador competitions.

Eighteen-year-old April Torkopolous of Gore Bay is in Toronto this week for the annual Canadian National Exhibition Ambassador of the Fairs competition.
She served as the Providence Bay Fair Ambassador for nearly a year and is delighted to meet the other 79 competitors vying for the title.

Torkopoulos adds she will be focusing on the future of agriculture and its importance to the Canadian economy and health of Canadians.

She will also make a speech about the Providence Bay Fair.

Finals will take place Sunday in the Queen Elizabeth Theatre.