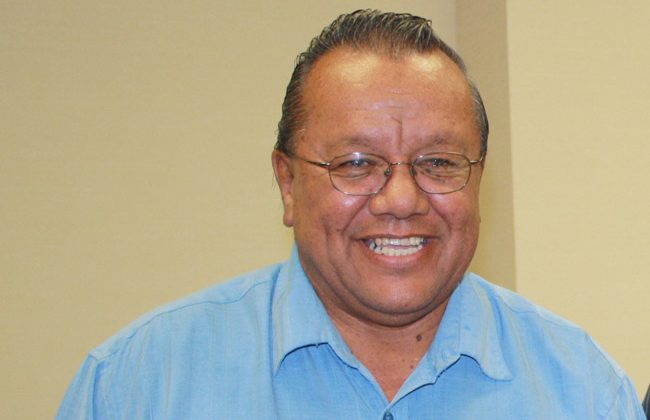 Anishinabek Nation Grand Council Chief Glen Hare says First Nations in Ontario want autonomy when it comes to establishing cannabis stores and how they will be administered. Photo supplied by Anishnawbek News.

The Chiefs of Ontario feel it is up to individual First Nations to decide if they want a cannabis store in their community and also to decide how it will be administered.

The Chiefs of Ontario passed a motion exerting control over all matters cannabis during the 45th Annual All Ontario Chiefs Conference in Sault Ste. Marie on June 13th.

Anishinabek Nation Grand Council Chief Glen Hare says the provincial and federal governments want $300,000 as part of the application process and many First Nations simply don’t have that kind of money available.

He adds the resolution will be sent to both the Liberal and Ford governments.

The resolution the Chiefs passed states; “There was little or no community consultation by the federal government and there are still no provisions in the legislation which address First Nation social and cultural needs, and rights to economic development, health, and public safety.”
The resolution acknowledges that First Nations may consider following federal and provincial regulations while exploring opportunities within the cannabis industry, but it clearly defines that First Nations have the jurisdiction to establish their own laws and regulations.

“First Nations must have their autonomy and authority recognized as rights holders at the table as governments when asserting their interests in the cannabis sector.”
The resolution goes on to assert that First Nations jurisdiction over its own operations, which includes “regulation of the growth, processing and sale of cannabis and in all its derivatives.”

The Chiefs are called on the federal and provincial governments to eliminate barriers and to desist from interference that would impede nation-to-nation trade and commerce.

“Limiting those number of stores is contrary to what we call community sovereignty—that is those communities making their own decisions whether they’re going to operate a retail cannabis operation,” says Ontario Regional Chief RoseAnne Archibald shortly learning the Ontario government is expanding to include 50 more locations for cannabis sales, including 12 First Nation, which would be required to follow a different process from non-Native communities

“It’s an attempt by the government of Ontario to assert its jurisdiction where it doesn’t belong.”

Under the Canadian constitution, jurisdiction in First Nations is a federal power.

“Why are these rules coming from the province?” asked Hare. “There was just a big raid on the Kettle and Stoneypoint First Nation. These raids are causing a lot of questioning in our territories. It is up to the First Nations as to how we want to regulate this in our communities.”

Hare noted that the bar for entry into the industry under the provincial game rules is far too high for most communities or individual Indigenous entrepreneurs to meet. The turnaround time for the provincial licences is July 29.

Hare quickly turned the question of cannabis regulation and enforcement around to what he said was a real crisis in the communities he represents.

“They are doing these raids over these pot stores, but there are far more serious problems in this province with hard drugs, where is the action on that? We are not seeing it,” he said. “There needs to be a better balance, in my opinion.”

Hare was also quick to point out that he is not directly involved in the question of cannabis at an official level.
“It is up to the communities to decide how they want to approach this, but it is up to them and not for the province to decide. The province should take their hands off of this, it is our business. Let us do what we want to do, it is not a provincial matter.”

Another case of COVID-19 in Sudbury District