Reducing health units in the north 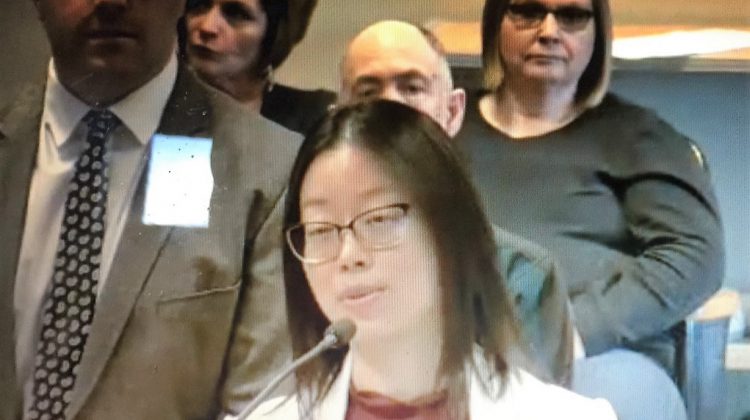 Algoma Public Health Associate Medical Officer of Health, Dr. Jennifer Loo and APH CFO, Justin Pino, provided Elliot Lake council with an overview of how the unit operates now, but did caution council there are major changes ahead with the planned reductions of the number of health units in Ontario. Photo by Rosalind Russell – MyEspanolaNow.com staff

The Ford government announced in its budget it would be reducing the number of health units in Ontario from 35 to 10 regionalized districts.

Algoma Public Health Associate Medical Officer of Health, Dr. Jennifer Loo, told Elliot Lake council it looks like all the health units in the North will be reduced to two.

She says currently there are five health units in the Northeast extending from the Algoma District east to Temiskaming.

But, the government has indicated they will be amalgamated into one and also possibly include Renfrew and Muskoka.

Consultations are underway with the government, but she adds there have been no definitive timelines set.

The CORONAVIRUS REPORT for FRIDAY, APRIL 17, 2020 – First case of community spread in Algoma – two in Sudbury and so much more

Feeding the children – program in Algoma