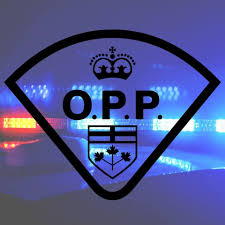 OPP are looking for information about possibly two suspects in the theft of a truck in Espanola. Photo supplied by OPP

A truck was stolen on Monday and damaged on Tuesday, so Espanola OPP is looking to the public for help in finding the suspects.

Community Safety Officer, Carmel McDonald, says around 7:00 pm on Monday, an Espanola business called them in to report a black 2005 Chevrolet Silverado was stolen the night before between 10:00 pm and 11:00 pm.
McDonald says camera footage shows two suspects exited a dark-colored van parked at the rear of the building and stole the truck, which was later recovered stuck in mud off of Panache Lake Road.

Anyone with information is asked to call police or Crimestoppers.

The CORONAVIRUS REPORT for THURSDAY, APRIL 16, 2020 – one more case in Sudbury and long-term care protocols

Disturbance in a grocery store line