Timmins not giving up an getting Noront smelter 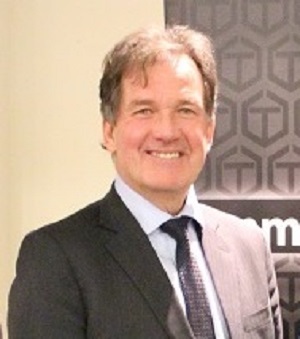 It came down to Timmins and Sault Ste. Marie and Noront Resources has announced the Soo as its preferred choice to locate a ferrochrome smelter.

Timmins mayor George Pirie refuses to consider that a loss. “We’re still in the game,” he confidently told a news conference at the Timmins Economic Development Corporation office.

The mayor considers the location decision to be the first step. He notes that Noront – a junior company – will not be building the smelter.

“They’ll need a partner with far deeper pockets and Glencore would be an example of a partner like that, although [there are] others,” he told reporters. “So it gives us time to continue to affect the decision.”

Glencore owns the Kidd Met Site, the proposed Timmins location for the plant.

The plan is to build the smelter on Algoma Steel property. Noront is now finalizing a land agreement to that end. Once complete, the smelter is expected to employ 300 to 500 people and create more than 1,000 spinoff jobs. Construction on the $1 billion facility is expected to start in 2025 and take three years to complete.

“I think our site is the best site,” Pirie states. “I think that this is an announcement that allows Noront to essentially market a little bit easier. This announcement has been pending for quite some time. So it’s an opportunity for them to market freely with a site.”

Ferrochrome is a product of chromite, which is found in the Ring of Fire and is a key ingredient in stainless steel.

In February 2018, then-North Bay City Council backed the bid from Timmins to build the Noront smelter due to the potential economic spinoff for Ontario Northland. It was a hot topic of conversation as North Bay residents wondered why the city had not put forward a proposal of its own, and supported the Timmins bid instead. Mayor Al McDonald said then that North Bay is not ideally suited for such a project, especially for environmental reasons, nor was the City approached as a candidate.

With files from Bob McIntyre, MyTimminsNow.com