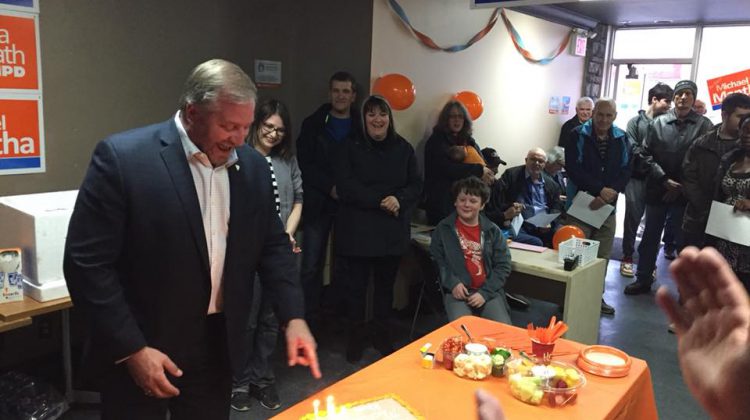 Mike Mantha celebrates the opening of his campaign office for election 2018. Photo provided.

Even though the Ontario provincial election will take place on June 7, Premier Kathleen Wynne has yet to drop her writ to signal the start of the campaign.

The Liberals have yet to name a candidate for the riding.

Her only other challengers at this time are Liberal – Tay Butt and PC candidate, Jo-Ann Cardinal.

No Northern Ontario or Green party candidate has been named for Nickel Belt.

Once the Writs of Election are issued, the official campaign period begins and lasts 28 days.